Known as the Pearl of Africa, Uganda is a country of rolling green hills, savanna grassland, ancient rainforests, mountains, rivers, and lakes. The world’s longest river (The Nile),  its largest lake (Lake Victoria), and Africa’s second deepest lake (Lake Bunyonyi)  are all found here. 18 % of the country is covered in water. This unique country is also home to rare mountain gorillas, exotic birds, and an abundance of primates and wildlife.  Despite being on the equator, the Ruwenzori mountains are often snowcapped in the winter. With warm and friendly people, comfortable lodges and so much diversity of landscape and wildlife, this country is a must-do for any traveler who enjoys adventure and nature at its best. 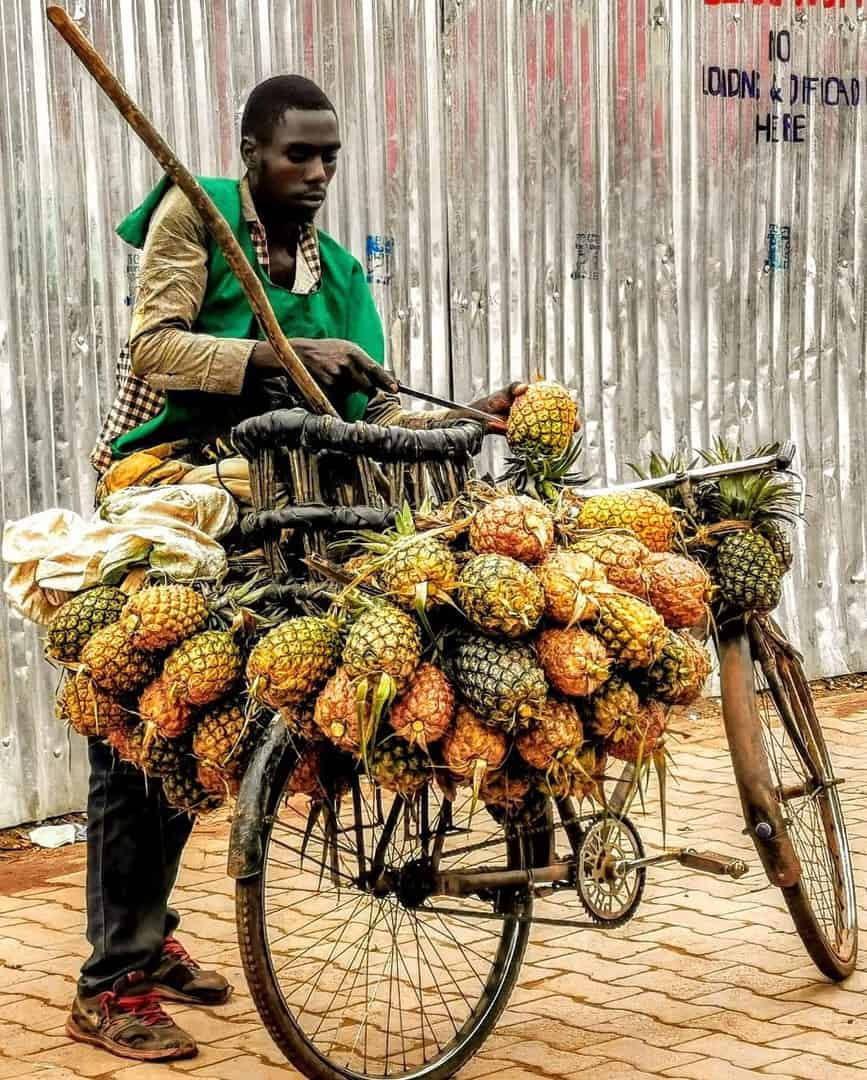 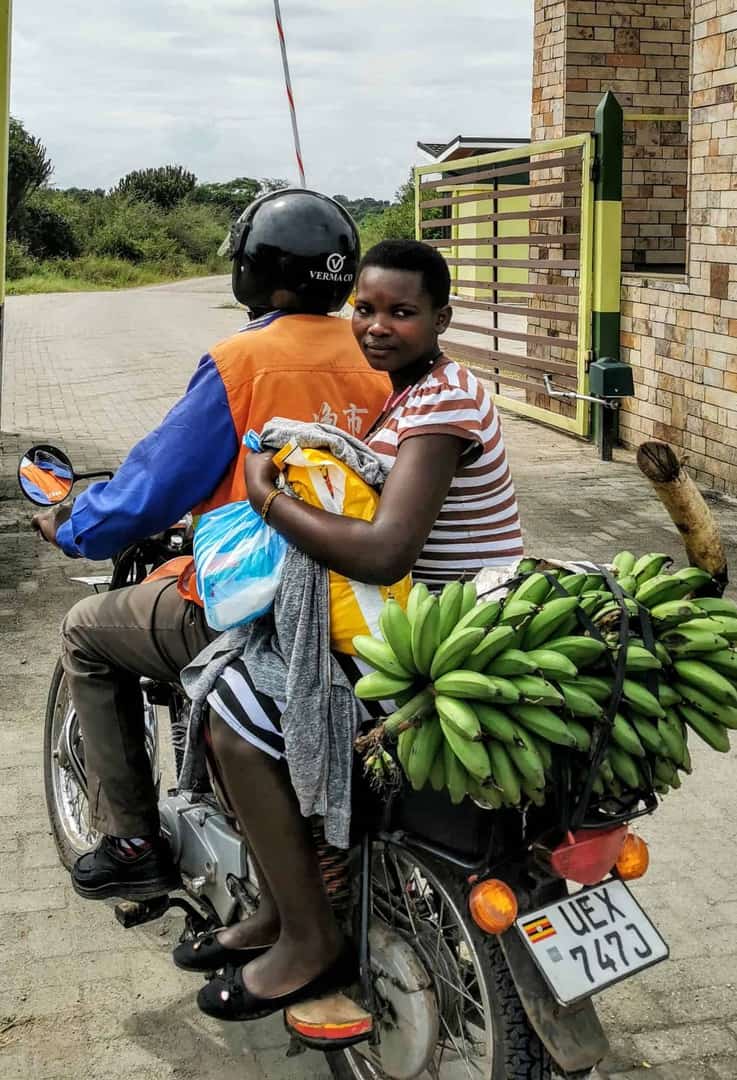 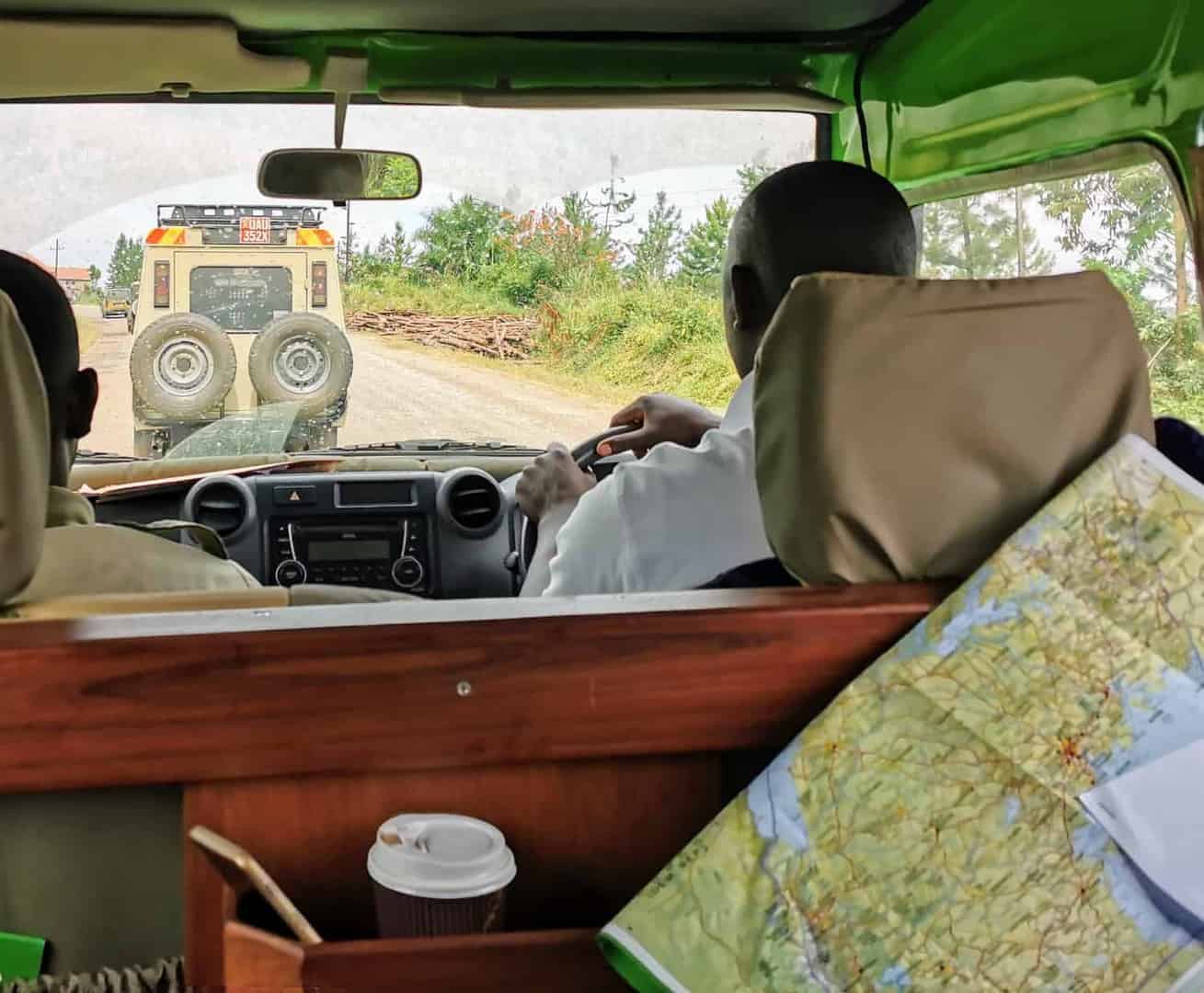 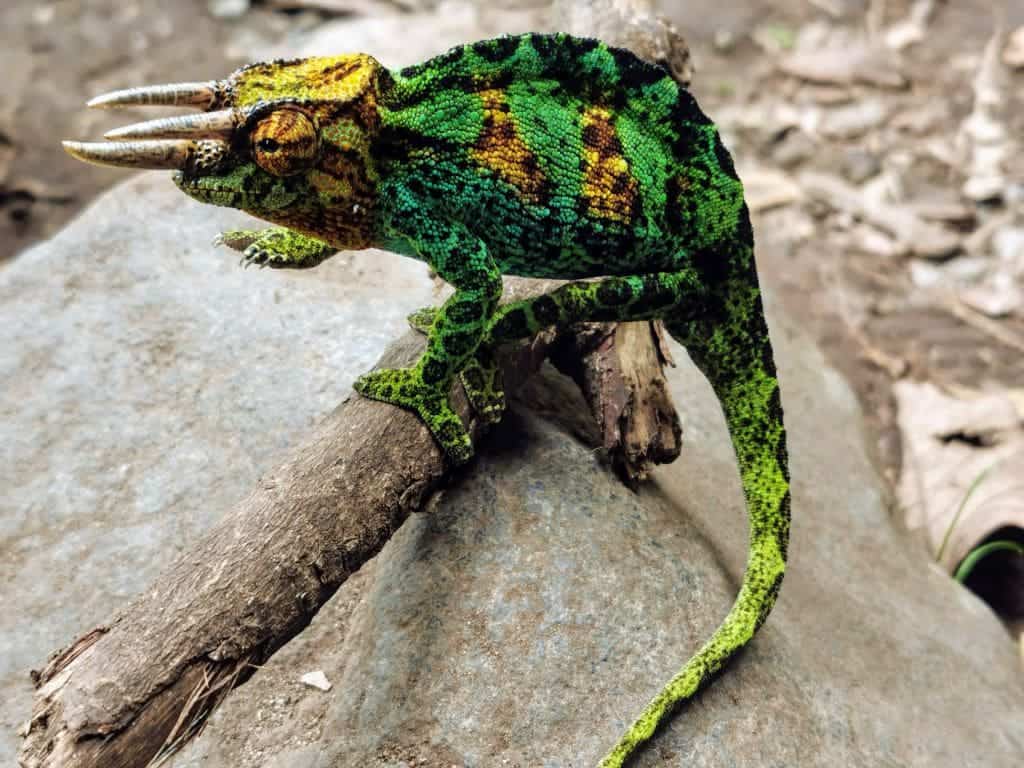 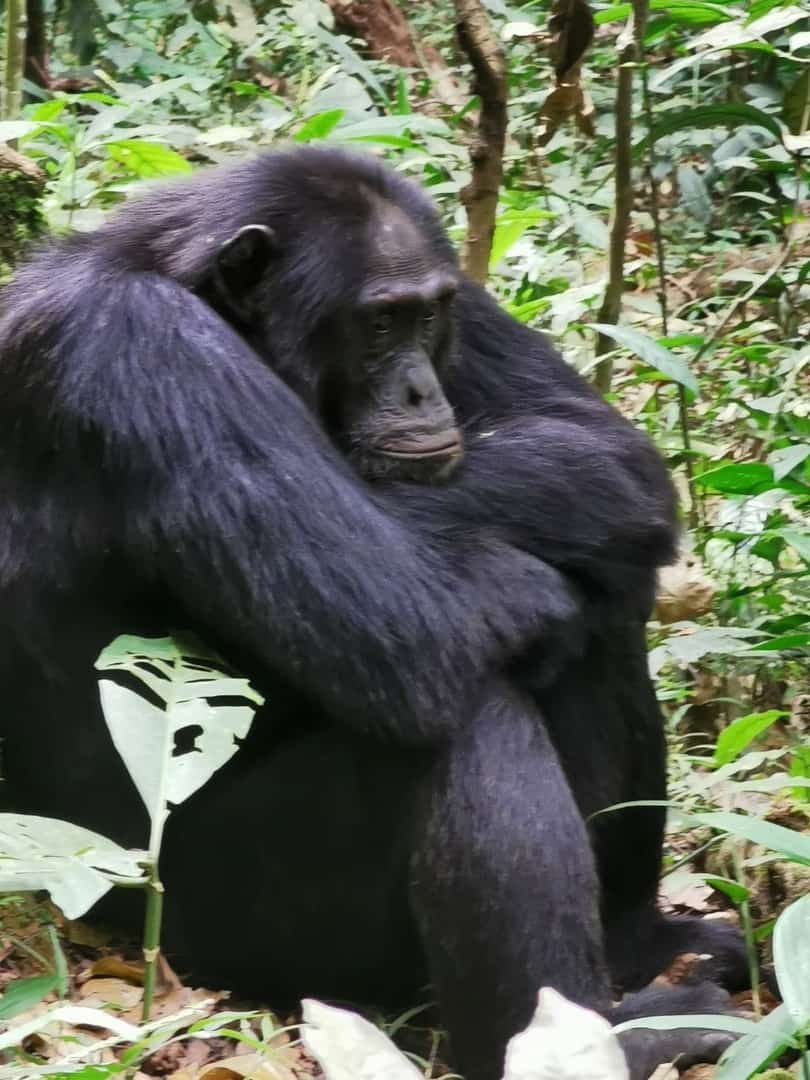 Entebbe is situated on a peninsula on beautiful Lake Victoria and is home to Uganda’s International Airport. Lake-view restaurants, beach areas, and the Botanical Gardens with its diverse plants, exotic birds and monkeys make this town an ideal base for one’s first stop in Uganda.

Kampala, the capital city and commercial hub is 37 km (23 miles) from Entebbe. It also borders Lake Victoria and is built on a series of hills. It is the headquarters for most of Uganda’s large firms and the chief market for the Lake Victoria region. Kampala is home to the Uganda Museum and several mosques, Hindu temples, Christian churches, and cathedrals.

Bwindi Impenetrable National Park is located in south-western Uganda. The Park is best known for being home to the endangered Mountain Gorilla.

known for its exceptional biodiversity, with more than 160 species of trees and over 100 species of ferns. A great variety of birds and butterflies are also found here. The valleys dense ground cover of herbs, vines, and shrubs give it the name of the impenetrable forest. Here approximately one half of the world’s population of the endangered Mountain Gorillas as well as several endangered species of bird.

Murchison Falls is the largest National Park in Uganda.  The Victoria Nile river divides the rolling grassland into the northern and southern sectors. The river passes through many miles of rapids before surging through a narrow gorge  before its massive drop.

A boat cruise upstream to the Falls provides one with views of hippo, crocodiles, and an array of water birds. The park is also home to a variety of big game such as the rare Rothschild giraffe, lion, buffalo, leopard, spotted hyena and a variety of antelope.

Queen Elizabeth National Park is in the western arm of the Great East Rift Valley. It is home to a variety of wildlife, all typical of riverine and savannah habitats. In the southern part of the park is the Ishasha area with its famous tree-climbing lions. Here too is one of the largest surviving natural forests in Uganda, the Maramagambo Forest, known for its spectacular birdlife.

The northern part of the park is traversed by the equator and is an area of crater lakes and savannah grassland. A boat trip along the Kazinga channel which links Lake Edward and Lake George provides wonderful boat-based viewing of wildlife and birdlife.

Lake Mburo National Park is Uganda’s fourth national park. It is composed primarily of grassland, wetland, and acacia woodland habitats. At the center of the park lies Lake Mburo which together with 14 other lakes in the area forms part of an extensive wetland system.

Mgahinga Gorilla National Park is located in the Virunga Mountains and encompasses three inactive volcanoes, Mount Muhabura, Mount Gahinga, and Mount Sabinyo. Mgahinga is one of only two places in Uganda that is a habitat for the critically endangered mountain gorilla. Although Uganda’s smallest park, it is home to an impressive amount of birdlife as well as the endangered golden monkey, the blue monkey, golden cat, leopard, bushbuck, and duiker.

Mgahinga is also home to the Batwa, (also known as the Twa or Pygmys of Central Africa). This group of people are the oldest recorded inhabitants of the Great Lakes Region.  Here one can do a forest hike with a Batwa guide who shares their  hunting and gathering skills as well as their knowledge of medicinal plants.

Semliki National Park is a fairly new park situated in a remote corner of southwestern Uganda.  Its terrain is a lowland tropical rain forest. It is known for its wonderful bird life. The land is fairly flat creating a startling contrast to the rugged Rwenzori Mountains nearby.

Rwenzori Mountains National Park is a Ugandan national park and UNESCO World Heritage Site. The Ruwenzori Mountains are also known as the Mountains of the Moon.  The park is known for its flora rather than its fauna. On the hiking trails, one passes through tropical rainforest, montane forest, bamboo, tree heather’s and afro-alpine vegetation, as well as waterfalls, lakes, and glaciers. The park is known for its beautiful plant life as well as butterflies and colorful insects.

Kibale Forest National Park is located in the western corner of Uganda below the magnificent ‘Mountains of the Moon’ – Rwenzori Mountain Range. It is made up of verdant green forests, lakes, and marshlands that provide a habitat for 13 primate species. Kibale is one of the best places in the world to go Chimpanzee Tracking with about 500 of these primates spread around the park.

Kidepo Valley is one of the most spectacular parks in Uganda. This isolated and rugged wilderness is situated in the far north, bordering South Sudan. it is home to a variety of wildlife and birds. The park has spectacular mountains and savannah landscapes.

Mount Elgon is an extinct volcano located on the eastern part of Uganda on the border with Kenya. Most of the area is covered with typical Afro-montane vegetation complete with giant groundsels and bamboo forests. Many travelers find Mt Elgon an exciting alternative to the more strenuous climbs in East Africa. Its slopes enchant visitors with caves, hot springs, waterfalls and abundant game.

Lake Victoria is one of the Great Lakes of Africa.  It is the world’s second-largest fresh-water lake and is widely accepted to be the main source of the Nile. Rivers from large areas of western Kenya, northern Tanzania, Burundi,and Rwanda gather in this shallow (only 80 m / 262 ft) lake and begin their journey (as the Victoria Nile River) to the Mediterranean Sea.

Primate walks in the forest are a big part of any safari in Uganda. The habitat of rain forests is, by default, very wet and one can’t avoid rain completely. However, after heavy rain, the skies often open up to bright sunshine. 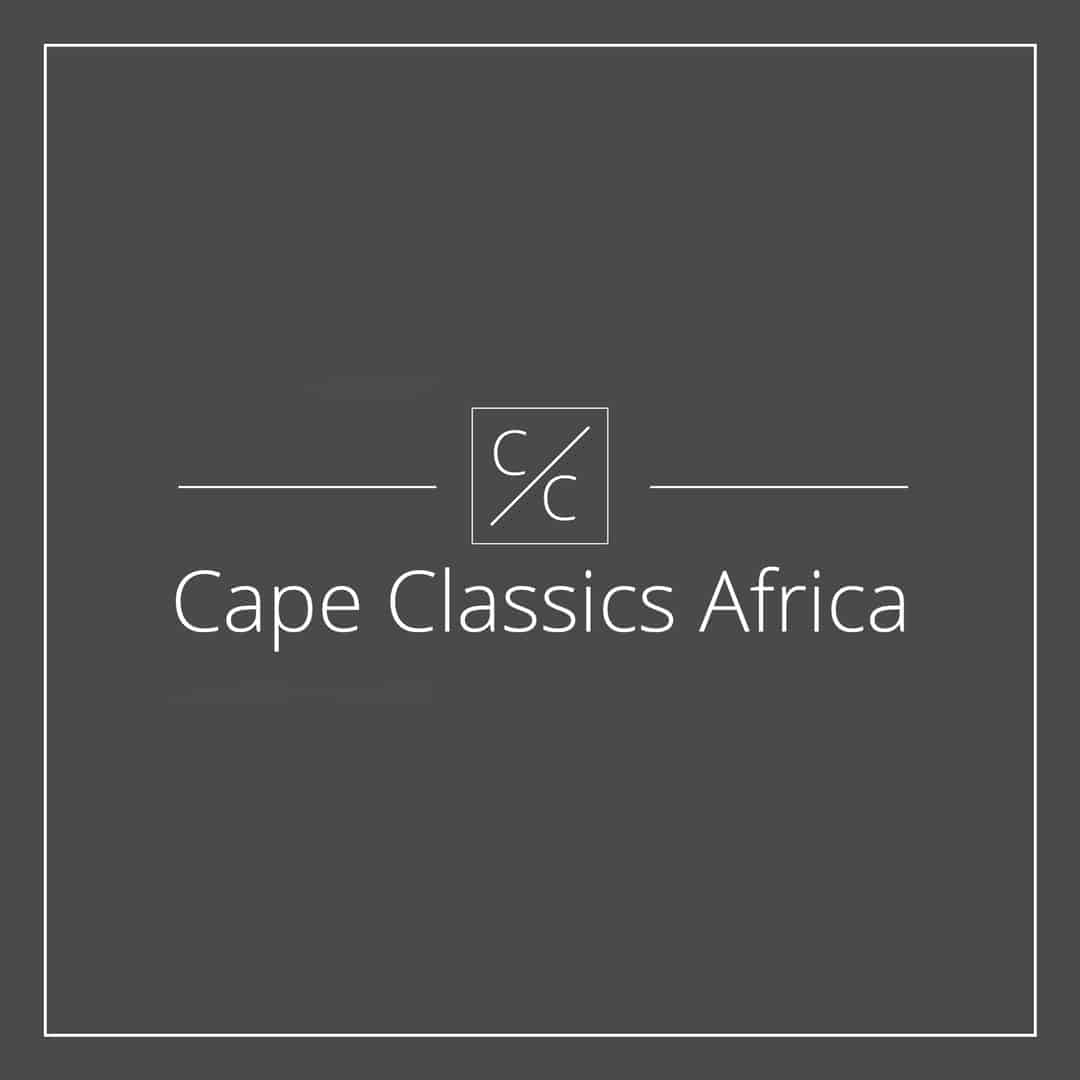 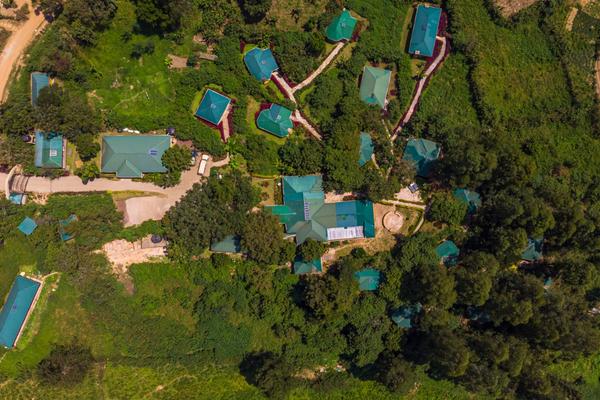